Asus is working on a new card that could easily become the fastest card based on the GT200 GPU. The card will be called ASUS MARS 295 Limited Edition. Although named Geforce GTX 295, this one is based on a different GPU, G200-350-B3 which is actually the one used on Geforce GTX 285 card.
The GPUs will have all the 240 shader processors, full 512-bit memory interface talking to 32 memory chips, a 4GB of video memory (2GB for each GPU). The card will work at GTX 285 clocks, 648MHz for core, 1476MHz for shaders and 2400MHz for GDDR3 memory. 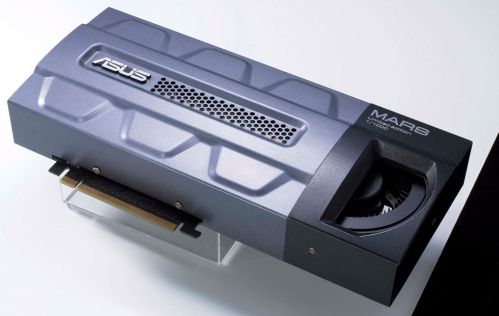