Gigabyte decided to make its DualBIOS feature standard for all its motherboards. The feature involves using two BIOS EEPROM chips to store two copies of the BIOS. In the event of a failure of the first copy, the system starts with the second copy of the BIOS, and attempts to replace the first copy. The feature is especially useful when the BIOS is damaged in the process of updating it, or physical damage to the ROM chip. Gigabyte initially made this feature exclusive for its higher-end motherboards, and propagated it lower along the lineup. 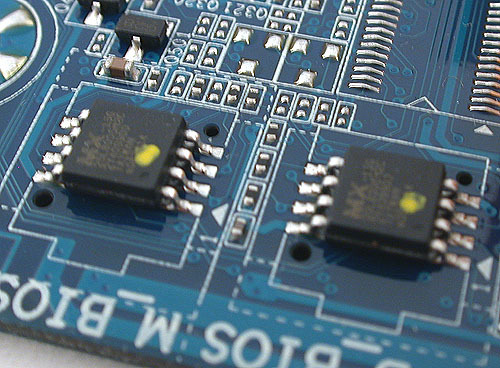