Passively cooled graphics cards are generally pretty basic cards, but Gigabyte has good news for anyone looking for something with a little bit more gaming power, as the company has launched a 9800GT with passive cooling.
The GV-N98TSL-1GI as the card is known as comes with a huge passive cooler that Gigabyte calls Silent Cell which builds on the technology used in previous passively cooled graphics cards developed by Gigabyte such as SilentPipe II and MultiCore cooling.
The card uses multiple heatpipes as well as a new design of layered "ultra-thin" fins to aid in cooling the GPU. Gigabyte claims that this offers a cooling efficiency that is up to 18 degrees cooler than the reference cooler and that the cards never go above 50 degrees C even during stress testing in a heat chamber. 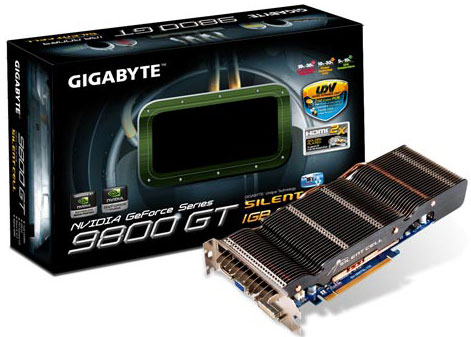