Gigabyte is adding to its small but growing lineup of power supply units with the new Odin Plus series mid-range PSUs. The company is planning three models in this series alongside more in the Odin GT and Odin Pro series to be detailed later. The three Odin Plus models include 500W, 600W, and 700W. These PSUs feature Japan-made solid-state capacitors, 6+2 pin PCI-Express power connectors, and a multi-rail +12V circuits. While the 500W and 600W models feature three +12V rails, the 700W one comes with four.
The PSUs comply with ATX 2.3 standards, along with compliance for RoHS and WEEE specifications. Its efficiency makes it eligible for the 80 Plus Bronze rating. Power connectors include 24-pin ATX, 4+4 pin CPU power, two 6+2 pin PCI-Express power, four Molex (three on the 500W model), one and six SATA power (four on the 500W model). 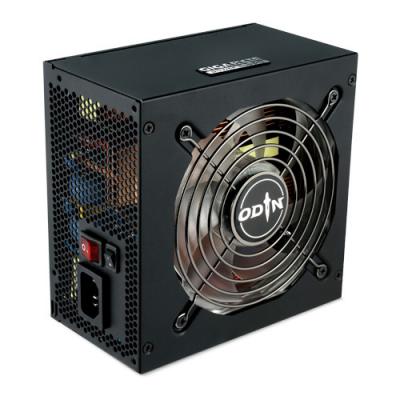