Kingston has announced its second generation of Kingston SSDNow V solid state drives. The new V+ series drives feature Windows 7 TRIM support, will be available in capacities of up to 512GB and provide higher read and write speeds.
Unlike the previous V-series drives which had a maximum read and write speeds of up to 100MB/s and 40MB/s, the new V+ series are much faster as they are rated at 230MB/s for read and 180MB/s for write. The new V+ series will also feature higher capacities, up to 512GB, which is quite an improvement when compared with the old series which topped at 128GB. 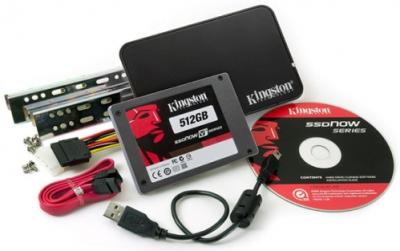