Toshiba Computer Systems, a division of Toshiba Europe GmbH, announced the Satellite R800 series, a new range of slim, light and high-spec notebooks targeted at consumers. The series includes the 33.8cm (13.3") Satellite R830, the 35.6cm (14.0'') Satellite R840 and the 39.6cm (15.6'') Satellite R850. Thanks to a sophisticated heat management system Toshiba has managed to integrate Intel's latest full-performance CPUs into the slim casings. The Satellite R800 series models are estimated to be available during the second quarter 2011 throughout Europe, Middle East and Africa.
Featuring the most in-demand interfaces, the Satellite R800series notebooks easily connect to the world. They come with a high-speed USB 3.0 port allowing data rates of up to 5GB. This allows back-ups of data-demanding files such as videos, high-quality photos or large music libraries on a USB 3.0 compatible storage device such as the Toshiba STOR.E ART 4 can now be done quickly within minutes. With fast wireless interfaces (WLAN 802.11n, Bluetooth 3.0 + HS) but also an HDMI port the Satellite R800 notebooks meets all needs of a modern digital lifestyle. Despite their slim design all Satellite R800 models come with an optical disc drive as standard. 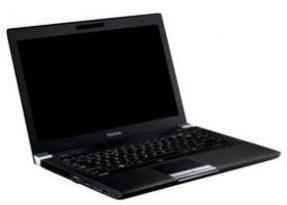