Samsung late on Sunday announced definite plans to launch a breathtakingly fast flash memory-based solid-state disk that's also world's first to boast a 256GB capacity. Samsung's multi-level cell (MLC) based SSD, which was unveiled in prototype form during the company's fifth annual Mobile Solution Forum event in Taipei, has a 2.5-inch form factor and SATA 3.0 Gbps interface. It is only 9.5mm thick, and measures 100.3x69.85 mm. Sequential read/write speeds for this drive are also something that's worth noting: 200MB/s read and 160MB/s write, or roughly 2.4 times faster than a typical HDD. In addition, the drive offers a sophisticated data encryption process that prevents data stored on the SSD from being accessed in an unauthorized manner, even after the SSD is removed from the PC. Samples of the drive will be available to customers from September with mass production due by the end of the year. A smaller 1.8-inch version of the 256GB SSD is also expected to be available in the fourth quarter of this year. 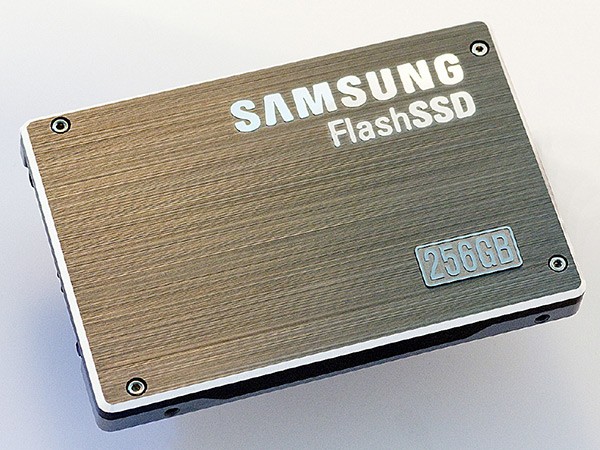