ASUS to Release EeePC as Desktop, Will Call it Ebox

Home
» ASUS to Release EeePC as Desktop, Will ...

ASUS plans to release a desktop version of the Eeepc have been known for quite some time now. Now, we can confirm that at least ASUS decided to name the desktop version of their fairly successful little laptop. ASUS has decided to call it the Ebox. We can also confirm that the Ebox will have up to 2GB of RAM, up to 160GB of hard drive space and a slot-loaded optical drive. Current rumor has it that this machine will be powered by the diminutive Intel Diamondville motherboard family. ASUS is expected to unveil more details on the Ebox when they launch it on June 3rd at Computex 2008. 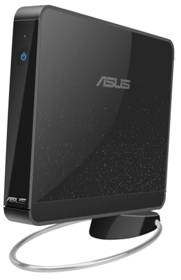