Asus has announced the anticipated Intel Atom-based Eee PC - and a pair of new models that, the company claimed, boost battery life to more than seven hours. Oh, and they sport 10in displays, hard drives and 802.11n Wi-Fi.

As expected, the new version of the current 8.9in Eee PC 900 is the 901, while the 10in versions are dubbed the 1000 and 1000H - the former has Linux, the latter Windows XP Home. Both have a keyboard that's only eight per cent smaller than a standard laptop keyboard. 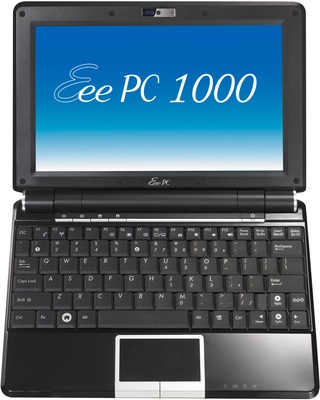