After Intel's Nehalem platform is no secret anymore, it's time to start looking at the motherboards that will support the new Socket 1366 buddies. One of them is ASUSTeK's upcoming P6T Deluxe mainboard based on Intel's yet-to-be-released X58 Express, the first chipset to power the Socket 1366 Core i7 Nehalem processors. As part of the whole platform, the P6T Deluxe has a total of six DDR3 slots intended for triple-channel mode and three PCI-Express x16 slots with support for dual and triple video card configurations. It's too early to say which one, ATI's CrossFire, NVIDIA's SLI or both combos. 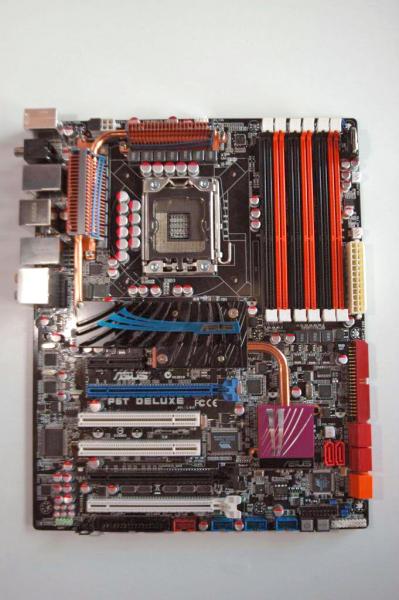