Later this month, AMD is expected to launch the ATI Radeon HD 4550 graphics processor (GPU). The RV710 graphics processor will make it to the grass-root of entry-level and high-definition media grpahics boards. It is based on the 55nm silicon fabrication process. The GPU has a transistor count of 242 million, it has 80 stream processors. It is engineered in a way that makes it draw less than 25W. In the form of reference designs, AMD will release two cards: a full height, passively cooled 512 MB DDR3 version, and a low-profile, 256MB fan-heatsink cooled card. Both models have core clock speeds of 600 MHz with the memory clocked at 800 MHz on a 64-bit wide memory bus. The GPU schematic shows it to have 8 texture address and 8 texture filter units. These cards are expected to compete with the GeForce 9400 GT GPU. 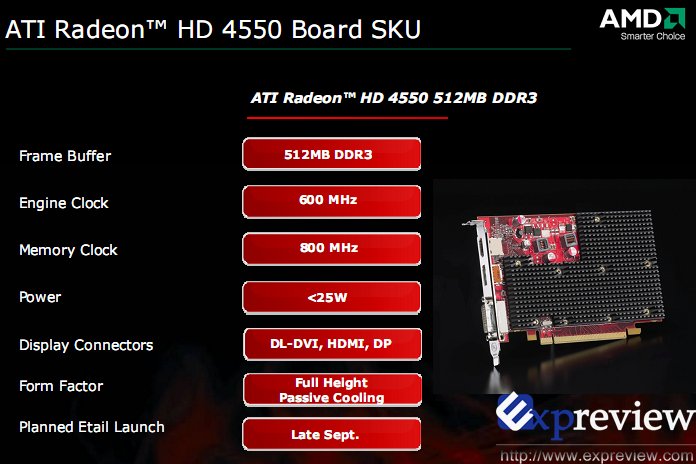 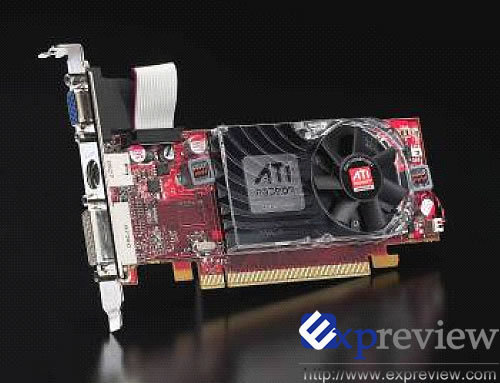 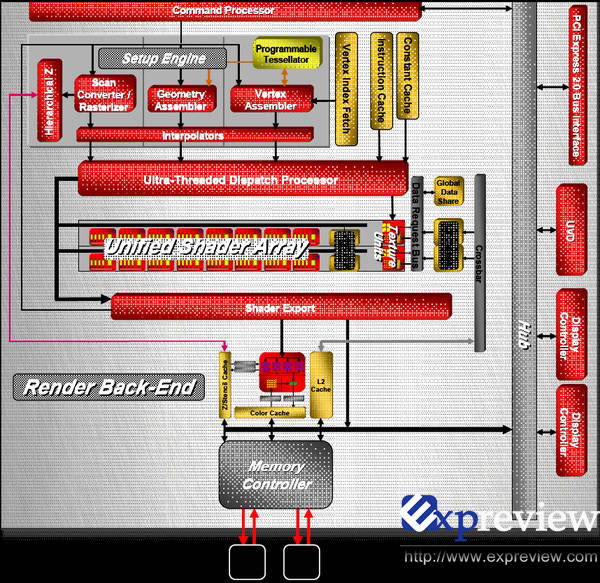